Arsenal have opened contract talks with William Saliba in a bid to extend the centre-back’s stay at The Emirates.

In recent comments cited by GOAL, the defender revealed – shortly after the 3-1 victory over Tottenham Hotspur on Saturday afternoon – that the club have held preliminary talks regarding the extension of his current deal in north London.

When asked whether there would be news on a new contract soon, the 21-year-old said: “We will see. They talk a little bit. We will see.”

Saliba then added: “I waited a long time for my first north London derby. I enjoyed it since the first minute to the end, and I am so happy. It’s a derby, a big game, where all the fans and the players want to win. I like to play big games like this.” Considering the revelation Saliba has been in the Arsenal backline so far this season, Edu’s decision to splash £27m on the defender back in the summer of 2019 very much looks to have been something of a masterstroke by the Gunners’ technical director.

After being sent on three separate loans over the last three seasons – to Saint-Etienne, OGC Nice and Marseille respectively – the 21-year-old finally managed to secure a regular spot in Mikel Arteta’s starting XI in pre-season, and his impact on the Spaniard’s side so far this term has been remarkable.

The King of North London! Honour his most famous goal with this awesome t-shirt! – Click here to buy… 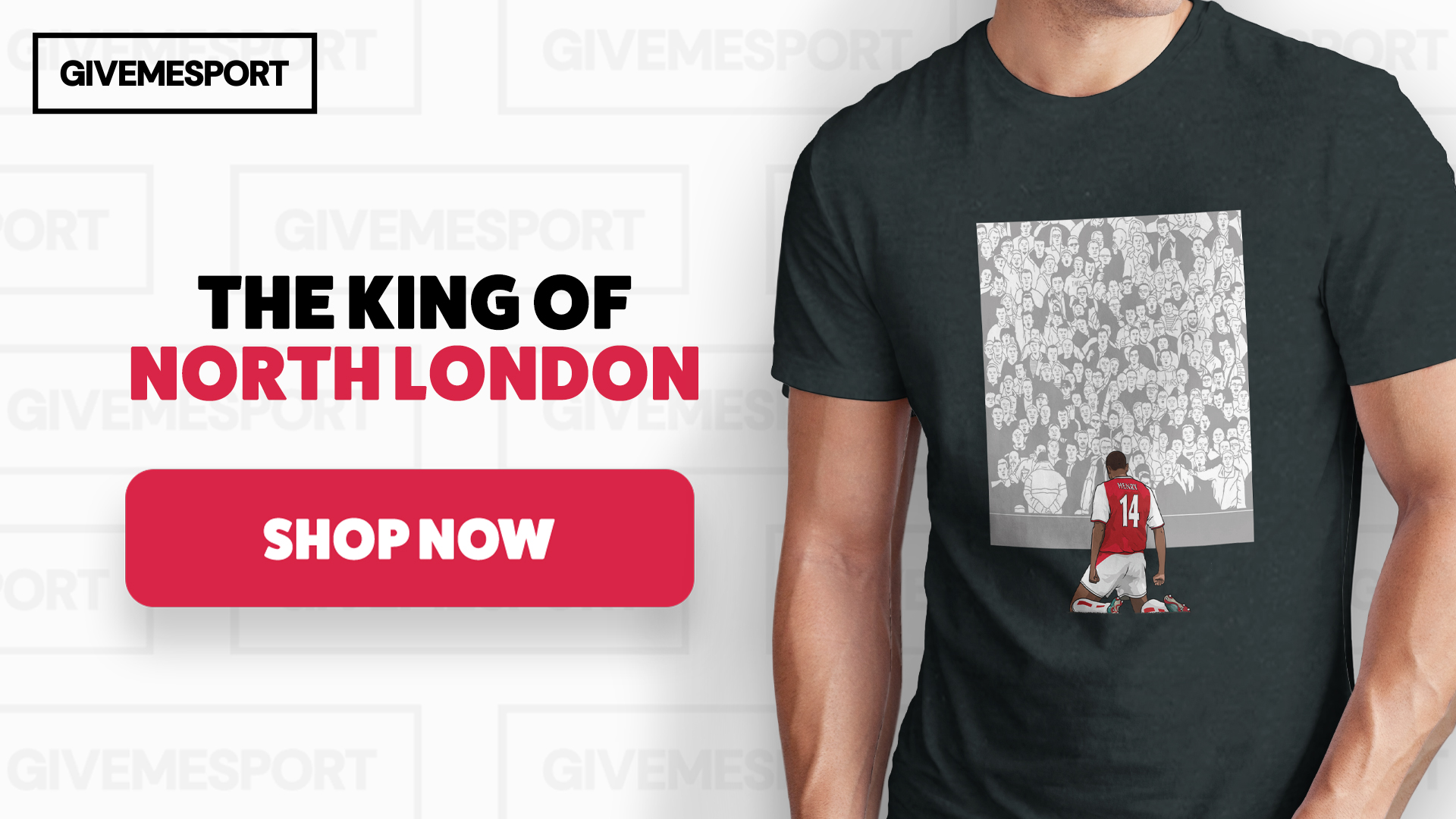 Indeed, starting all eight of Arsenal’s Premier League fixtures this season, the £52.5m-rated talent has been in astonishing form, helping his side keep three clean sheets, in addition to making an average of 1.6 tackles, 0.5 interceptions, 3.1 clearances and winning 3.4 duels – at a success rate of 56% – per game.

The France international has also impressed going forwards, having scored two goals, registered one assist and created one big chance for his teammates, as well as completing an average of 61.5 passes – at a success rate of 94% – and 2.8 long balls per game.

These returns have seen the £40k-per-week sensation who Fabrizio Romano dubbed “untouchable” average an exceptional SofaScore match rating of 7.13, currently ranking him as Arteta’s sixth-best performer in the top flight of English football.

Furthermore, as a result of his remarkable returns on the pitch, the 21-year-old starlet now boasts a market valuation that is already £25.5m greater than the £27m Arsenal paid for his services just three years ago – an astonishing 94% increase.

As such, it is clear to see that Edu well and truly hit the jackpot when bringing Salbia to the club back in the summer of 2019, as not only has the defender become a key part of Arteta’s starting XI but he is also an extremely valuable financial asset for the Gunners – with a new deal for the Frenchman now appearing to be an absolute must for the club in the coming weeks.