Football Fan Cast is reader-supported. When you buy through links on our site, we may earn an affiliate commission.
28/1/2021 | 01:19pm

Take a trip down memory lane, where we will cover some of the most iconic and stylish, home and away Leeds United retro shirts across the years. From the Whites’ infamous home and away shirts from the inaugural Premier League season, to their Admiral sponsored classics from the late 70s. Check out our top four picks worn by Leeds legends – you do not want to miss out on adding some of these to your retro shirt collection!

To kick things off, we have one of, it not the MOST iconic Leeds United shirts from their first ever Premier League campaign. After claiming the last ever Division One title in 1991-92, the following season Leeds competed in the inaugural Premier League and UEFA Champions League seasons the following year!

This famous shirt was worn by the likes of McAllister, Speed and Chapman. It notably features the clubs traditional white shirt accented by blue trims on the sleeves and the collar, with a beautiful historic crest and fantastic Admiral sponsorship! 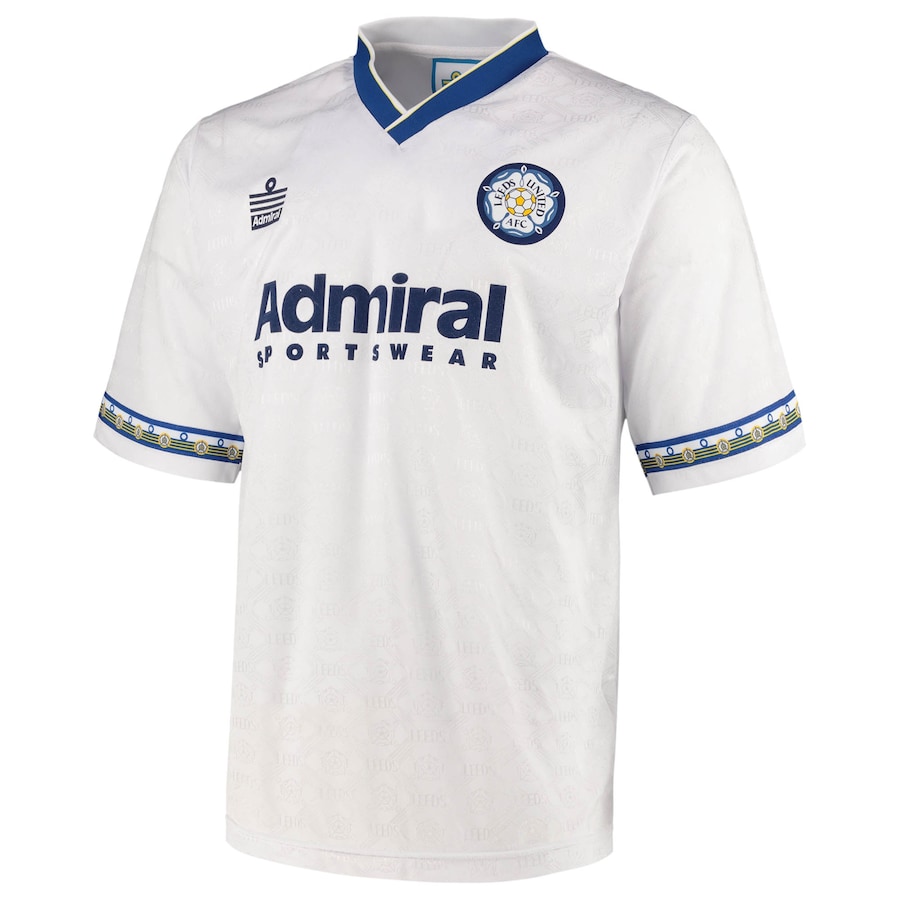 You cannot miss out on adding this legendary Leeds United retro shirt to your collection, check it out here!

The Whites’ iconic 1992-93 campaign was so iconic that we had to include another fan favourite in our top four! This shirt will go down in history and remembered for the night that Leeds United traveled to the Camp Nou to face Barcelona in the Champions League!

The blue base has a unique yellow pattern across the bottom half of the jersey, in addition to a famous button-up collar which will bring back many more happy memories – check it out here! 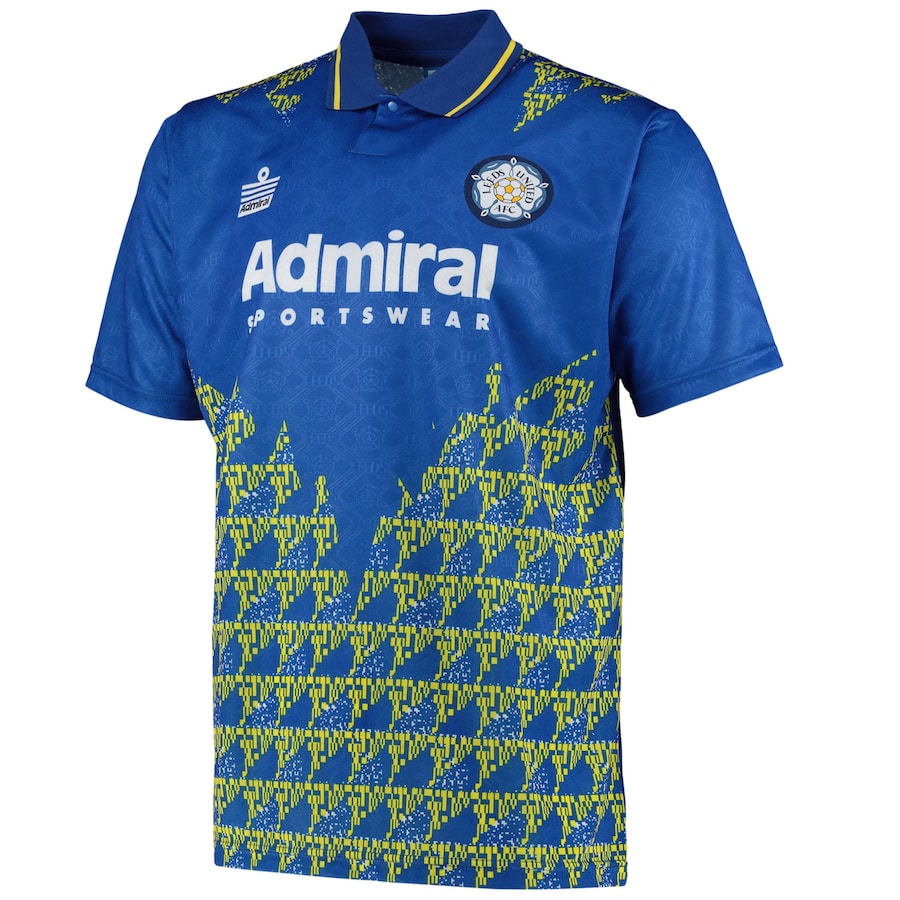 Another timeless classic. Taking it back even further in time to Leeds United’s Admiral sponsored home shirt from the late 70s. The Whites were competing at the highest level in English football with this shirt and it will always go down as a popular one among supporters!

Uniquely featuring Leeds’ classic white, blue and yellow colour-way with minimal details, yet slick and stylish trims around the sleeves and collar. We even think that this shirt is so nice, it could even be dressed up with a pair of jeans on a night out or simply worn at Ellen Road on matchday! 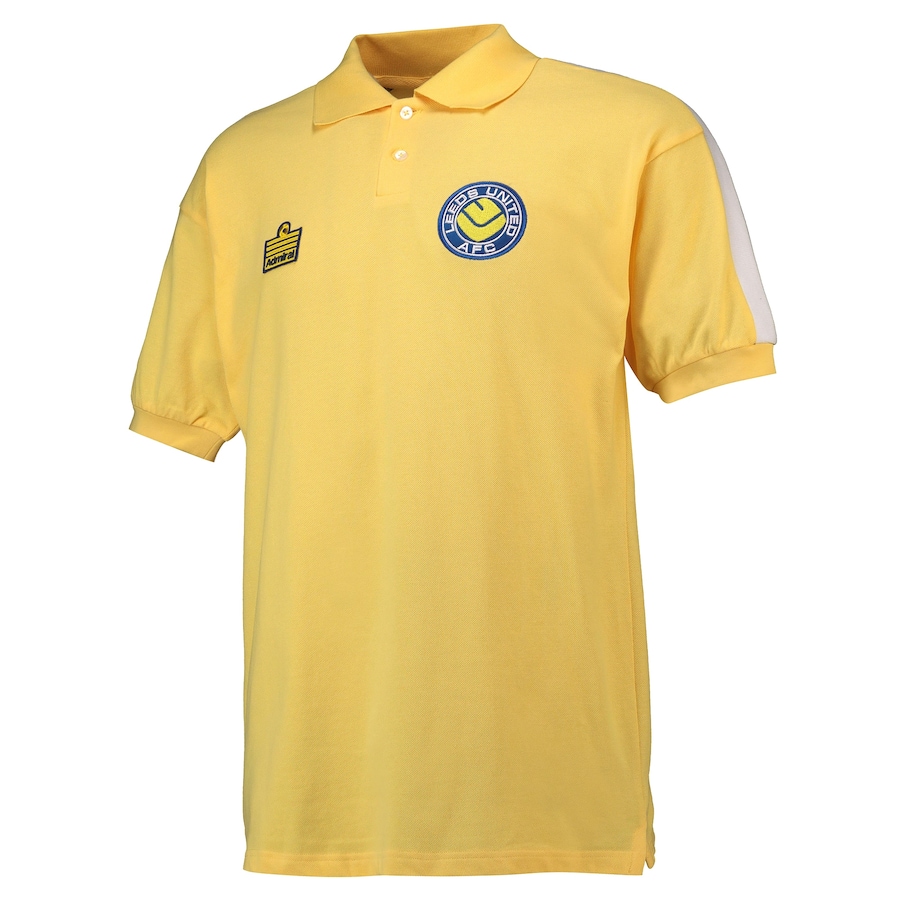 We could not have a top four Leeds United retro shirt review without including this gem from 1994. This shirt is often overlooked and many younger Leeds fans may not have even been aware of its existence, till now!

For older fans it will certainly bring back many memories of legends such as Gary McCallister and Tony Yeboah who was a fan favourite. Featuring the famous yellow and blue stripes with sponsorship from Thistle Hotels and the White’s iconic crest from the mid 90s. 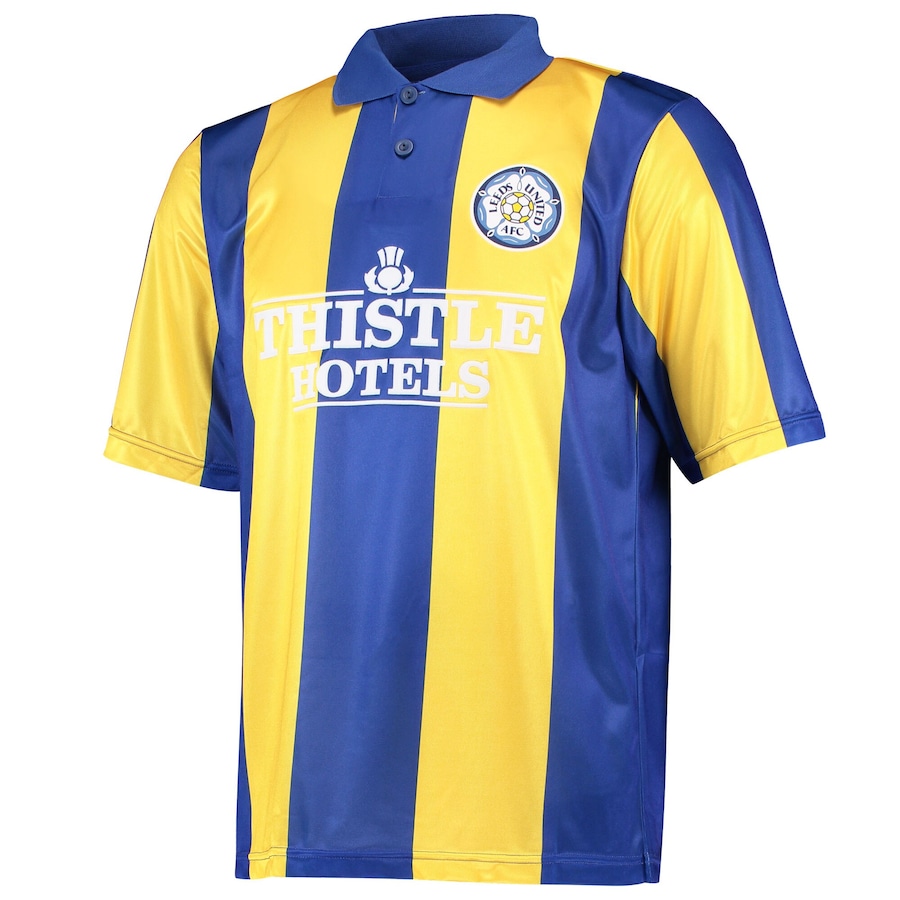 This shirt will bring back many happy for Leeds United supporters from the mid 90s - featuring the club's iconic blue and yellow stripes!

This is not a retro shirt you see every day, and it certainly has not been replicated in recent years. This could be your last chance on adding this number to your Leeds United memorabilia!

If none of these Leeds United retro shirts caught your eye, then be sure to check out our Top 10 Leeds United Gift Ideas!