Football Fan Cast is reader-supported. When you buy through links on our site, we may earn an affiliate commission.
21/1/2021 | 12:03pm

Take a look back into the past where we will cover some of the most iconic and stylish, home and away Manchester City retro shirts across the years. From the Sky Blue’s infamous white and claret away strip in 1996-97, to their commemorative 125th anniversary shirt from 1994. Check out our top five picks – you do not want to miss out on adding some of these to your retro shirt collection!

This has to be one of the most slick and stylish Manchester City retro shirts of all time. It features the clubs’ first-ever kit sponsor ‘SAAB’ printed in the center of the shirt, and subtle white stripes running down the jersey, as well as the Sky Blues iconic crest. This shirt also features a distinct sky blue and white v-neck collar and sleeves, and you can tell which club it is as soon as you glance at it! 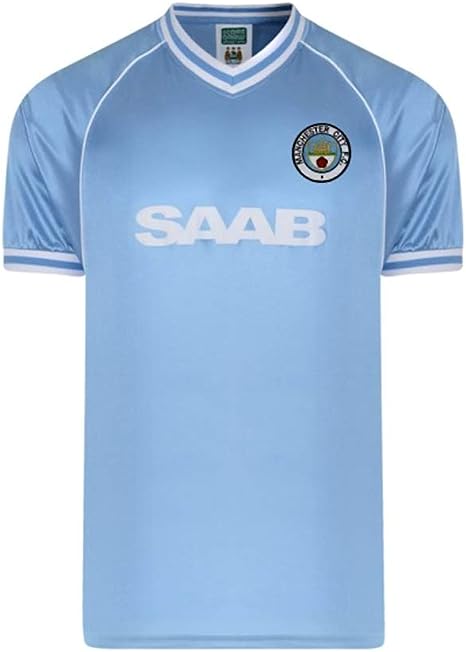 This retro Manchester City kit was definitely way ahead of its time, and it is definitely one of our favourites out of our top ten!

A rather unique away shirt worn by City over the years, though it is sometimes overlooked. This special Manchester City retro shirt was worn during the club’s 1996-97 campaign after they were unfortunately relegated from the top flight. 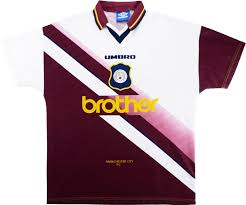 Famously, this Manchester City kit has their club name printed at the bottom of the shirt in a gold font which really makes this one of the greatest classic kits!

The shirt features a diagonal cross between white and claret, whereas Manchester City’s iconic crest is displayed in the centre of the shirt below kit manufacturer Umbro’s logo, and is printed on top of a darker blue badge with a gold outline. Certainly a fan favourite and a MUST for all Cityzens!

Moving on to one of the best looking Manchester City retro shirts all the way back from their 1976 League Cup winning campaign. The Sky Blues 1976 away shirt is truly special! The shirt features the clubs famous red and black diagonal sash across a plain white shirt. 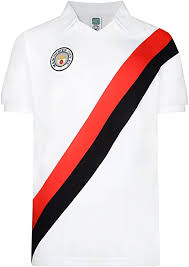 It is a very popular shirt among many Manchester City fans, and it is currently on sale through the clubs official site - do not miss out!

Uniquely, Manchester City’s crest is featured on the left side of the shirt which is uncommon in many kits today, and the collars are also in a plain white which makes it stand out from the rest. This football shirt is so slick and stylish that it can even be worn on a night out with jeans, or dressed down with a tracksuit.

All hardcore City fans need to purchase this commemorative classic shirt which was notably worn during the 1999 Football League Second Division playoff final at Wembley. This shirt is commonly overlooked by many fans due to the enthralling contest between City and Gillingham. 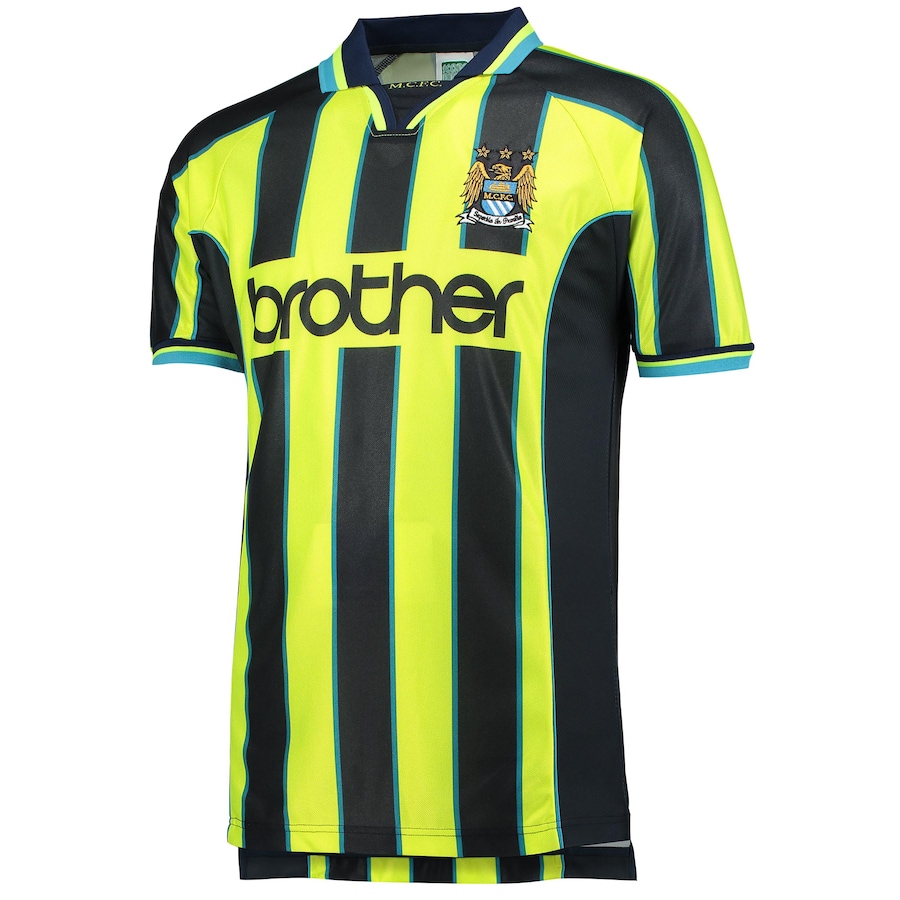 City managed to come back in injury time from what seemed would be a 2-0 defeat, to somehow secure a victory on penalties which gained the club promotion up to the top flight! Add this piece of Manchester City history to your collection, you do not want to miss out.

There is no better way to conclude our collection of best Manchester City retro shirts than with this commemorative 125th anniversary shirt. Taken from City’s iconic 1994 home shirt, it has been upgraded to feature a special touch on their historic crest. “1894” and “2019” have been added in celebration of the landmark and it should certainly become a staple piece in your Manchester City memorabilia – check it out here! 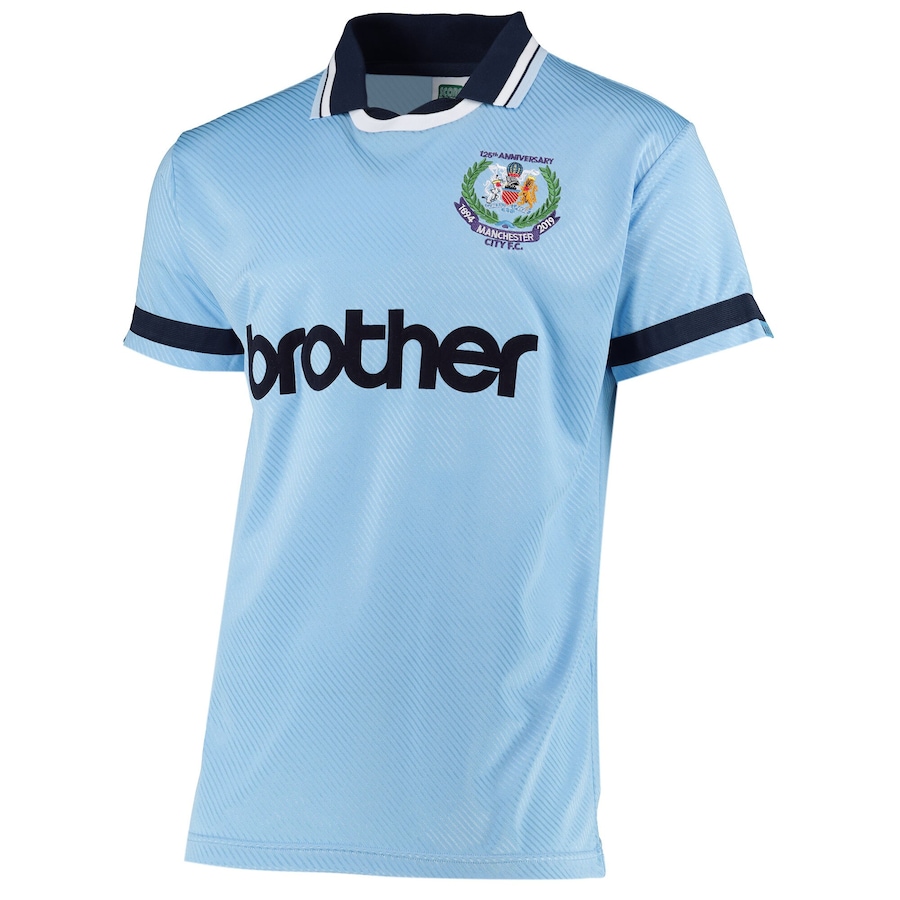 Celebrate Manchester City's 125th anniversary with this commemorative shirt from 1994!