Football Fan Cast is reader-supported. When you buy through links on our site, we may earn an affiliate commission.
8/9/2020 | 11:44am

It is finally time! We have reached that time of the year where Premier League giants Manchester United have revealed all three of their football kits for the upcoming campaign. The Red Devils continue their successful partnership with kit manufacturers Adidas, and fans have yet to have been let down by previous collaborations.

In terms of their newly revealed kits, there has already been lots of mixed opinions from fans of all clubs and Adidas have certainly left their comfort zone when designing these.

This shirt’s design has an interesting story behind it and one which many fans may not be aware of. The design comes from the Red Devils iconic club crest, and it is “reminiscent of the rippled threads on the back side of the badge” according to the club. Although this sounds unique, the inspiration behind this design is peculiar to say the least. Nonetheless, it is a design which we have never seen before, especially for a Manchester United shirt.

The shirt distinctly features the clubs name woven into the soft fabric and the print is a static like dull black and yellow. It is very subtle but effective and does look better when worn by new star signing, Donny van de Beek. You do not want to miss out on adding this fresh Manchester United shirt to your collection – buy it below! 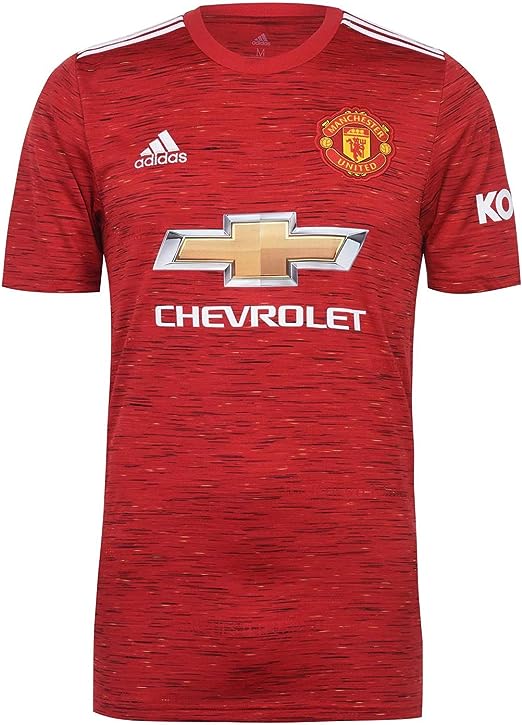 Moving on to Manchester United’s and Adidas’ away kit for the upcoming Premier League campaign, this shirt was inspired by the railway-based roots of the club and it pays tribute to Newton Heath. The actual kit itself is a very deep camouflaged green/grey colour, and the print almost looks to be a snake-like print. This shirt is uniquely made from 100% recycled polyester raschel and the crest is woven.

This is most definitely a unique shirt for Manchester United, and they have not previously worn a shirt designed in this way. It certainly is an attractive looking kit and many fans are already on board with this new away strip – get yours here!

Now, some may say we have saved the best till last but we will let you decide that one! I know what we are all thinking…how many Zebra’s were harmed in the making of this kit, but do not fear, this shirt was in fact made from 50% polyester and 50% recycled polyester.

Manchester United have claimed this to be a “bold look” and a “statement of pure intent” for a football club that is used to taking on and smashing bold challenges. We’d give them 10/10 for the story behind the kit, and to be honest it is not as bad as you think at a first glance.

Now, only if we could all pull it off as well as Becks who revealed the Red Devils third kit to over 64m followers yesterday. We reckon this shirt is one-of-a-kind and that means you cannot miss out on adding it to your Manchester United collection! 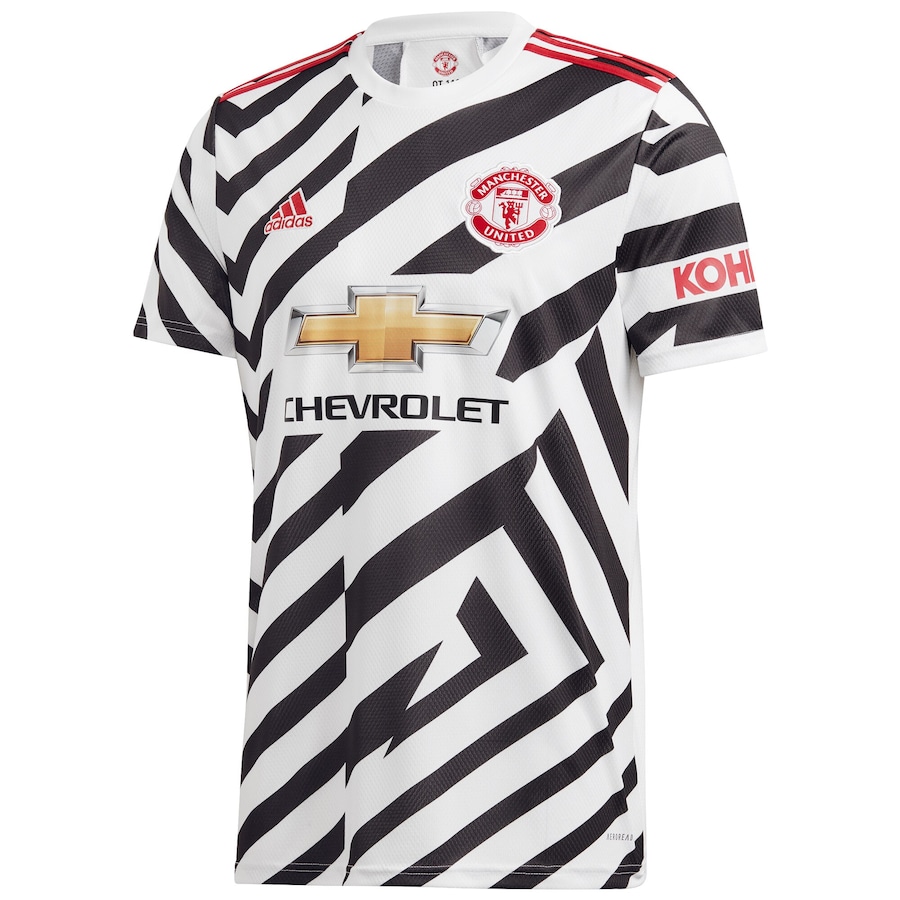 Manchester United have claimed their new third kit to be a "statement of intent" for the upcoming Premier League season!