Ranked: Every Premier League Football Shirt From Best to Worst

Football Fan Cast is reader-supported. When you buy through links on our site, we may earn an affiliate commission.
21/8/2020 | 10:58am

After enduring an unprecedented 2019/20 Premier League campaign, it’s time to reflect on the football shirt designs we have seen in action throughout the year.

Creating kit designs always sparks controversy among fans, but some top-flight clubs got it spot on and deserve recognition for doing so. It’s the season that will be remembered for multiple reasons.

Liverpool achieved their first league title for almost 30 years, the season was disrupted due to unforeseen circumstances, but we want to remember and rank the Premier League home football shirts from best to worst:

The Red Devils have failed to endure the heights of success they are used to on the pitch, but United’s home kit in 2019/20 was a thing of beauty. This shirt is a must for your collection of football shirts and it is an instant limited edition classic, that is for sure!

Ole Gunnar Solskjaer will be hoping to elevate the club back to where they belong – challenging for the Premier League.

The white stripes at the top of the design works splendidly with the rest of the shirt and everything about the kit oozes class. 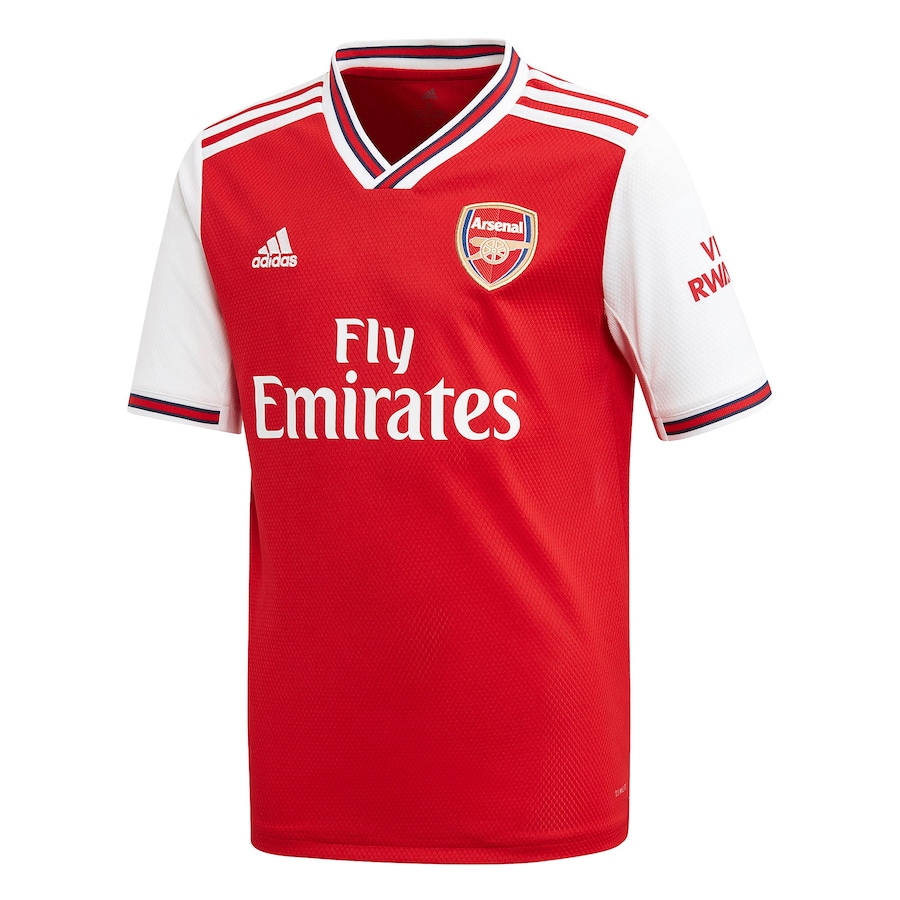 Simple, elegant and impressive, this is the perfect gift to celebrate Mikel Arteta's first season!

Sometimes simple additions are the best, which was certainly the case for the Gunners.

The 2019/20 Premier League champions were leaps and bounds above every other competitor in the division and their home kit wasn’t too bad, either.

This is more than just a shirt for fans of all ages - this is a piece of history!

Jurgen Klopp has transitioned the Reds into one of Europe’s biggest giants; they inherit a huge amount of talent on the pitch and the design matched their quality.

Pep Guardiola’s side finished runners-up to Liverpool and they will finish behind them again in this ranking. All details of the shirt are in purple, and this includes stripes on each sleeve, both kit sponsors, Puma’s logo, and the commemorative touch. In terms of thinking outside the box, Manchester United’s kit certainly has had more effort put into their commemorative year compared to the Manchester City kit; however, both shirts in particular are unique in their own ways, and City’s kit cannot be overlooked by any means.

The light blue of the design is excellently complimented by the purple sleeves, creating a unique dimension to the kit.

The Foxes did not over-complicate their home strip but produced an eye-catching design. 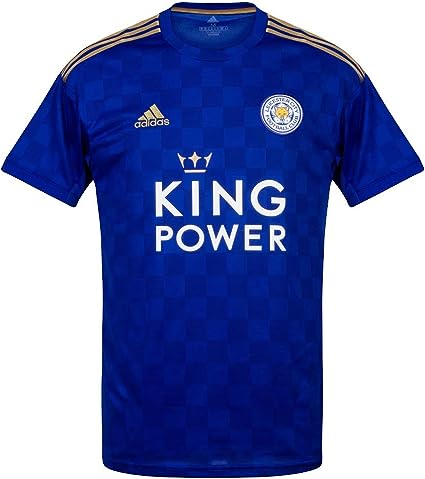 Customise with the name and number of your favourite player including Jamie Vardy and Kasper Schmeichel!

The blue and gold blend excellently together and overall, it’s a great kit.

The stripes for the Seagulls work fantastic. The blue and white design is simple but elegant, creating a football shirt that catches the eye and is easy to admire.

The Hammers created a kit which keeps the traditions of the club intact while making moderations in the process. 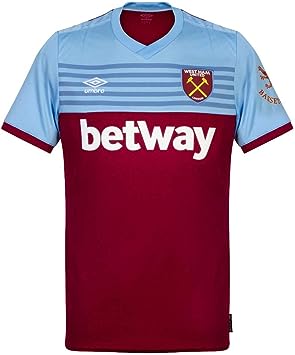 Get ready for every match day and show your support for the Irons with this iconic shirt!

The stripes at the top of the design are fantastic and overall, the club did a great job.

If executed correctly, the striped design can look excellent and that’s the case for the Blades. 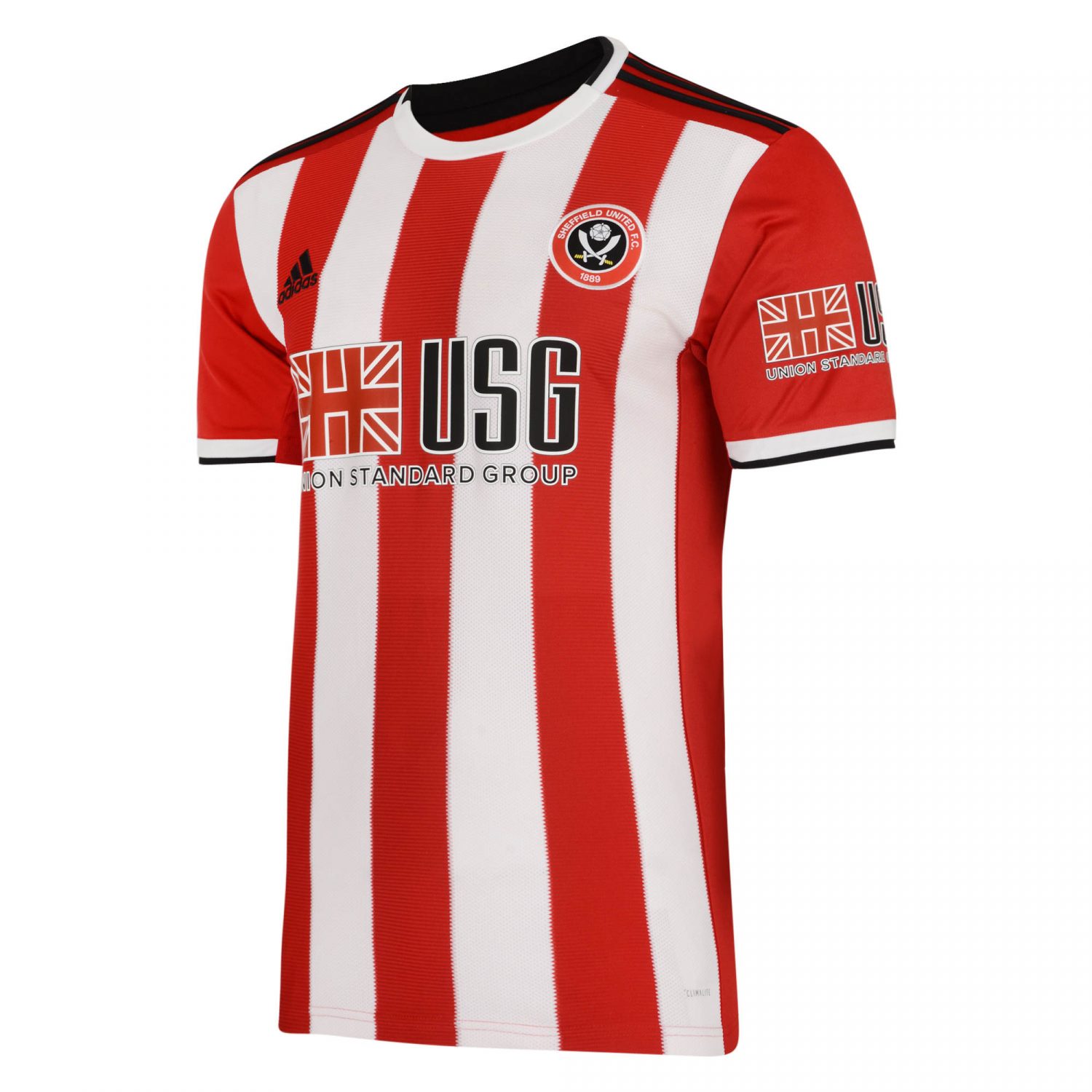 Show your support for the Blades with a replica of what the players wore on match days!

Would rank higher if the sleeves were more appealing.

Another example of a well-structured striped design. 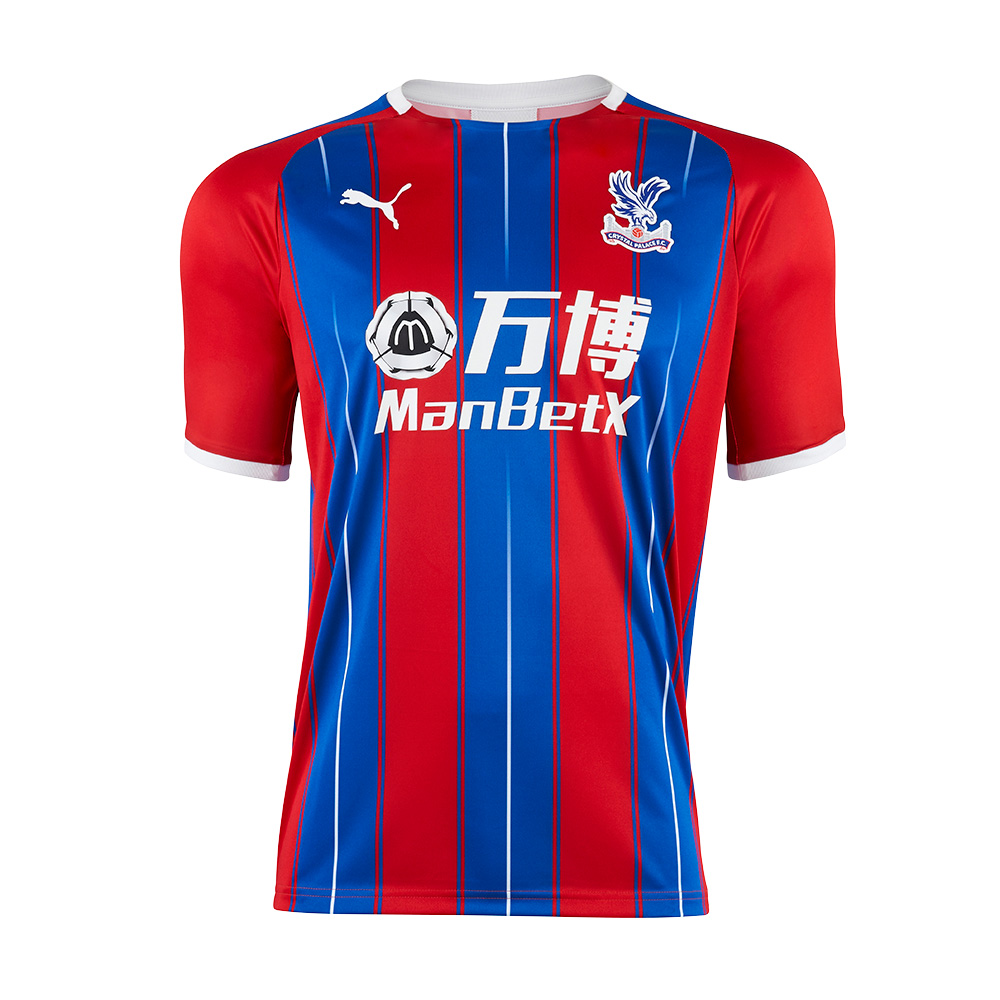 Forget all about the terrible new attire with last season's strip!

However, adding two Puma logos on the sleeves and one on the front of the kit is excessive. Pay tribute to Eddie Howe's last season in charge of the Cherries with this slick and stylish shirt!

The sponsor in the middle of the shirt is a little off-putting and creates a distraction from the rest.

Claret and blue are two colours that blend excellently together and this had potential to place much higher in the rankings.

However, once again a large sponsor in the middle diverts your attention from the intricate details.

Another example of blending claret and blue together to create an appealing design. Inspired by Jack Grealish, the Villans transformed their fortunes after the Premier League restarted to save themselves from relegation. Pick up a shirt worn during the team's first season back in the top flight following a three-year absence!

However, it is a little too bland and needs something different to push higher up the rankings.

Spurs may have inherited one of the world’s greatest football stadiums, but the same cannot be said for their 2019/20 home football shirt.

The basic design offers very little, only saved by the white strip looking good by itself.

Yellow has never been an appealing colour for designs and the same can be said for the Canaries. The addition of green patterns at the bottom of the kit is off-putting and overall, it’s a pretty poor shirt.

Despite their outstanding work on the pitch, Wolves and their orange home kit do not rank highly here. Stand out from the crowd with this vibrant shirt!

The simplicity fails to work and the attention is all on the colour; a colour that does not look good.

This is another design that had the potential to rank much higher, but the black block at the top of the kit fails to blend with the rest of the shirt. 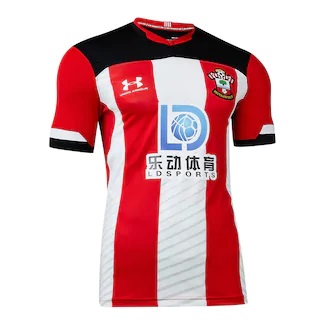 Logos cover the chest for an authentic look and feel!

The whole complexion of the shirt is underwhelming. 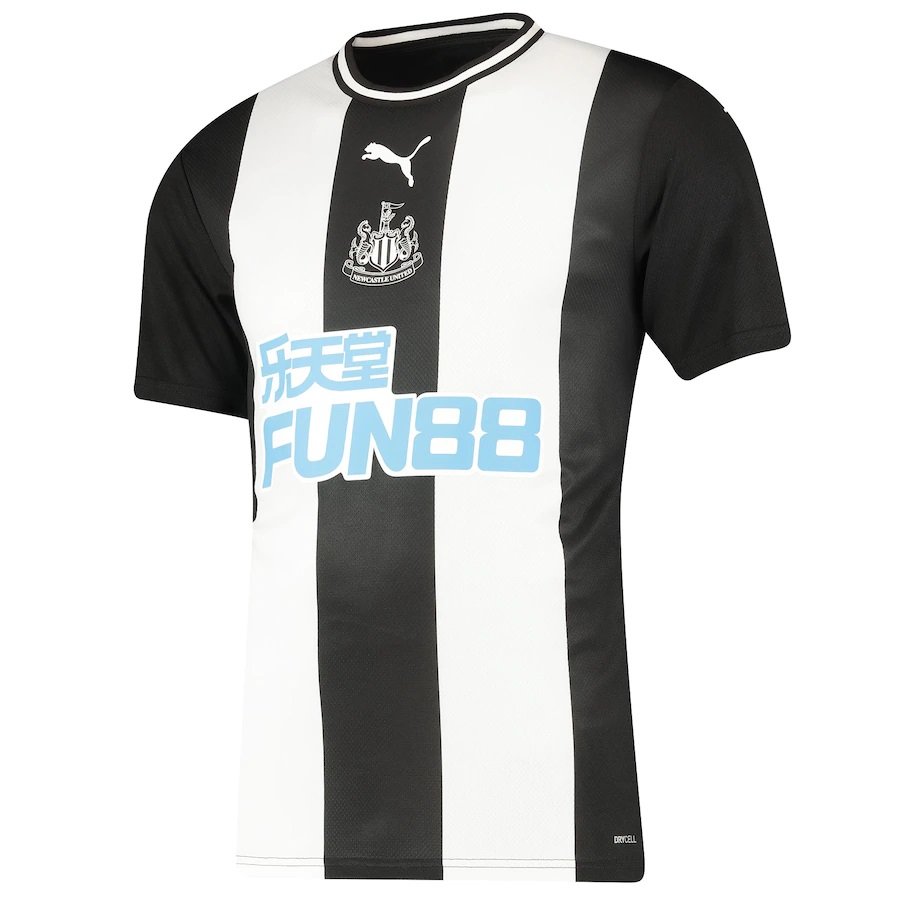 Get the iconic look of the Toony Army with last season's shirt!

Black and white stripes can look great, but unfortunately that’s not the case for Newcastle and their 2019/20 home design.

The patterns on the front simply do not work and there is very little to admire about this design.

A weird, sketched design was a unique decision – one they will not be doing again in a hurry.

The simplicity of their home shirts in the past has looked great and this attempt was a huge fail.

The change to a striped design was bold, but unfortunately it did not pay off.

It looks like two kits have been put together to form one and overall, it does not work and ranks lowest in the Premier League.

If nothing catches the eye, why not try the Best Retro Shirts Of All Current EPL Clubs instead!