The Best England Football Memorabilia To Buy In 2020

Football Fan Cast is reader-supported. When you buy through links on our site, we may earn an affiliate commission.
18/8/2020 | 12:22pm

The current generation of English footballing talent is exciting to say the least. Gareth Southgate is piecing together a youthful, energetic, skillful side that will compete against the world’s greatest countries, but it’s always nice to obtain pieces of memorabilia and history in the process.

1966 was the last and only time England won the World Cup. Since then, heartbreak has followed heartbreak and the Three Lions have failed to captivate the country on the pitch. The golden generation in the early 2000s was the most optimistic fans have been of winning silverware, but that optimism was swiftly quashed.

But there have been moments to enjoy. Most will not be old enough to remember the jubilations of beating Germany in the World Cup final. Sir Geoff Hurst’s hat-trick on the world’s biggest stage is an iconic moment in footballing history and we are fortunate that memorabilia exists from England’s history.

Whether you are looking to buy your friends and family a gift, or you just want to treat yourself, here are five pieces of English football memorabilia for you to buy: Winning the World Cup is the greatest footballing achievement a country can endure. With Bobby Moore as captain back in 1966, England brought football home. 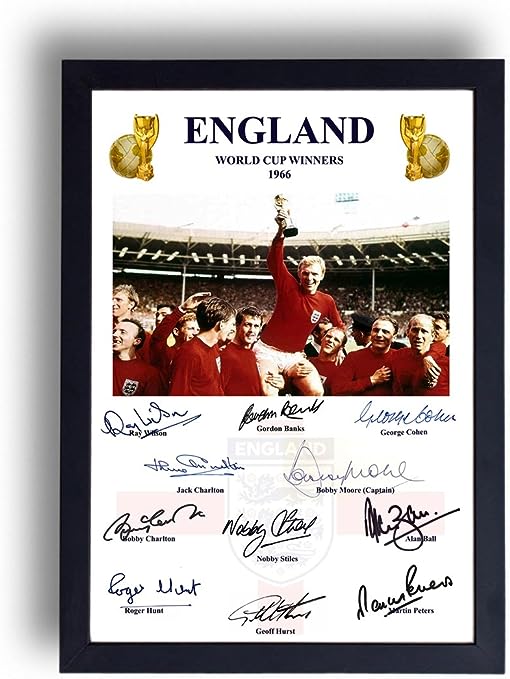 It was finally a time of celebration and this piece of memorabilia is exactly what your house needs.

The item includes signed autographs from all 11 members of the World Cup winning squad including Moore, Hurst, Ray Wilson and Bobby Charlton. It also comes with a complimentary frame, making it simple to display in your home. To assist the autographs is a photo of Moore lifting the trophy high in the sky and this is an excellent piece of memorabilia for you to buy.

If you weren’t there for the special occasion, there is still a chance to get your hands on the official matchday programme for the 1966 World Cup final between England and Germany. That alone would be enough for most, but this piece of memorabilia includes Hurst’s signature on the front to add that little bit extra. 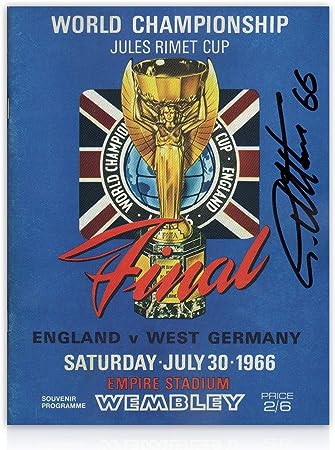 This programme is a superb memento from that historic occasion and is certainly something you should keep your eye on.

If you are a fan of retro memorabilia then this football is the perfect item for you. This leather, heritage football containing signatures with a gold print and embossed crest is a unique gift to purchase. It comes as a size 5 football, has 15 panels and is an official licensed product. 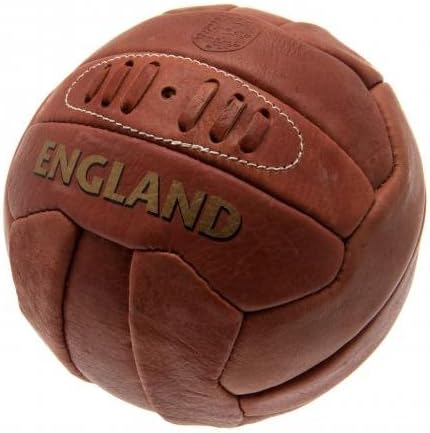 Grab yourself a stand to place it on and show off to your friends when they next visit!

This print displays a range of the most iconic kits England players have worn throughout history, ranging from as early as the 1950s all the way up to the present. It is the perfect way to celebrate the footballing history of this country, whether that be as a gift for yourself or any England fan.

This is a unique gift for English football fans of all ages - do not miss out on this one!

This product features 16 of the best players from England’s history. It comes with an option to include a frame making it simple for you to display in your home. There has been some excellent talent among the England squad throughout the years and this print perfectly demonstrates those.