Top 10 Retro Everton Shirts To Buy – Home and Away

The Toffees are part of the Premier League’s furniture, and they are known for their unique collection of iconic retro Everton shirts worn over the years. From their European Cup Winners Cup Cup shirt in 1985 to their memorable FA Cup winning shirt in 1995, we will take you through some of the most authentic retro Everton shirts below – save big with Football Fan Gifts today!

This has to be one of the best retro Everton in the Premier League era. This Manufactured by Umbro for the opening season of the inaugural Premier League has the all the features of a modern shirt. Be part of Premier League history with this classic – you do not want to miss out on this one! 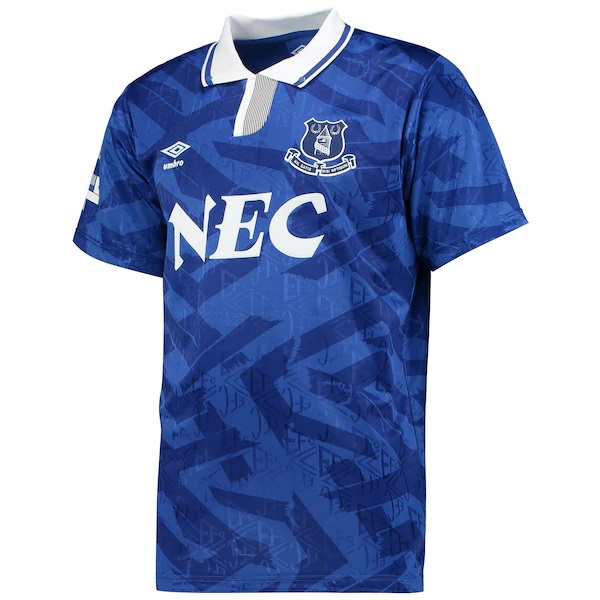 What better way to reflect on how far the Toffees have come from the first Premier League season than wearing one of these shirts that were way ahead of their time!

Everton switched it up for the away version of their 1992 shirt, with the uncommon colour of black and red. It’s definitely one of a kind for your retro shirt collection and really stands out from the crowd, that is for sure! 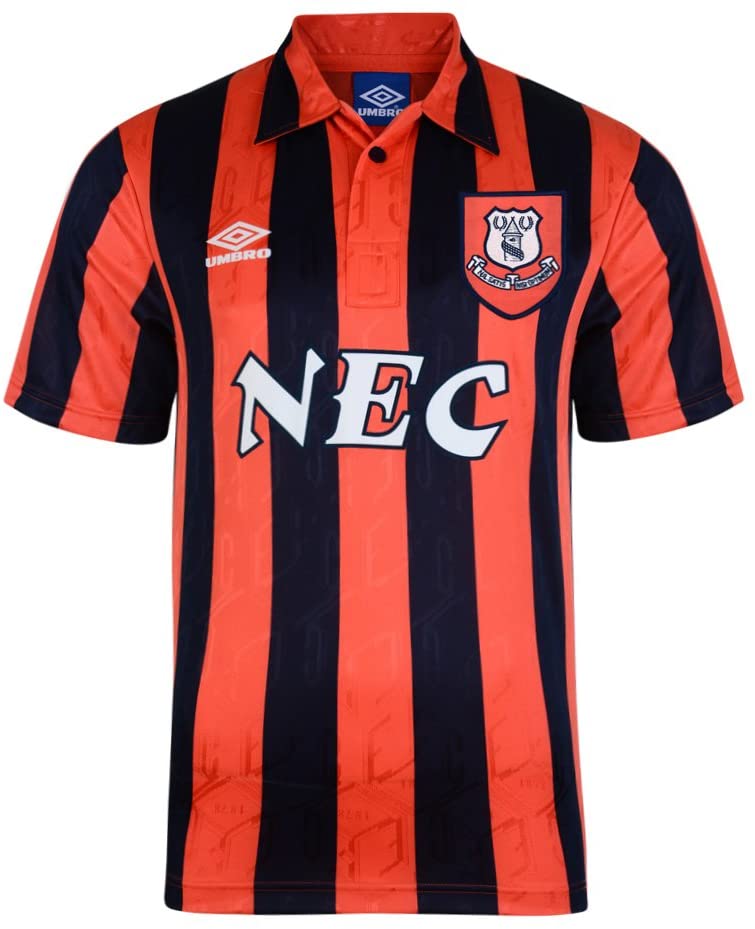 One of a kind Everton shirt, worn during the inaugural Premier League season - this one really stands out from the crowd!

One of the most historic Everton shirts is this one which they wore during their 3-1 victory over Rapid Vienna in Rotterdam, to claim the ECWC for the first time in the clubs history – add this piece of memorabilia to your collection! 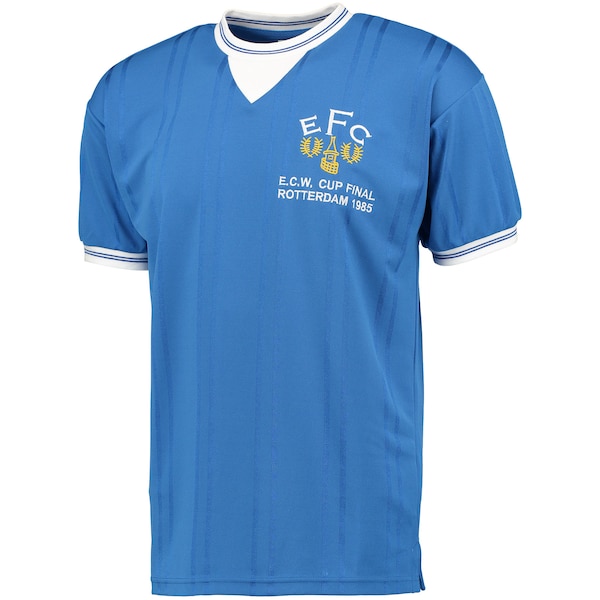 Worn during their historic ECWC triumph for the first time in history against Rapid Vienna in Rotterdam!

A memorable shirt for many Evertonians. This exclusive shirt was won by the team that famously de-throned Manchester United to claim their fifth and most recent FA Cup in 1995. Witnessed by almost 80,000 spectators in Wembley back then, this very shirt was worn by Paul Rideout as he scored the winning goal of the game which ended 1-0!

This away shirt also brings back great memories from their FA Cup winning year. It is definitely one of the best looking away shirts in Premier League history, you’ve got to add this one to your unique collection!

Another unique retro Everton shirt is their home one from 1985-86 as one third of the shirt is in white. Above all, the rest is full of their notable shade of royal blue.

This is one shirt which is often overlooked by retro shirt collectors and Evertonians. It’s predominately light grey with slick royal blue trims, simple but effective! 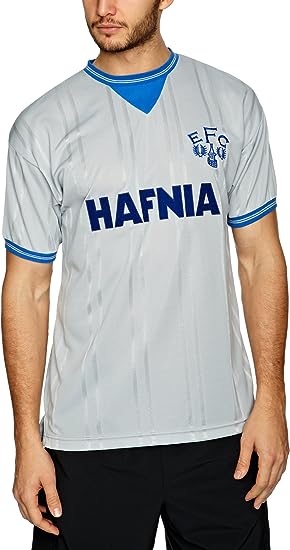 This old-school shirt is in-demand by many Toffee fans, mainly because of the unique darker shade of royal blue. The iconic crest is embroidered on to the shirt, additionally it features a clean v-neck collar. Don’t miss your chance to purchase this piece of history! 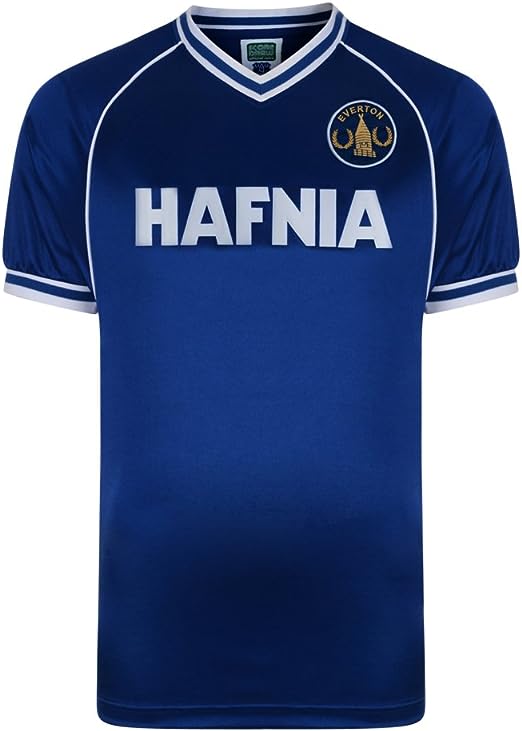 The 1960s is commonly known as the golden era for Everton. This special long-sleeved shirt has the classic EFC crest with “FA Cup Winners 1996” embroidered beneath, it’s a must for all Evertonians!

To conclude out Top 10 retro Everton shirts, you still may be looking for a simple classic. We think you will love this one if you want a clean shirt with minimal detailing. It features bold white collars along with the clubs original crest, you’re collection isn’t complete without this shirt!

If None of these retro Everton shirts caught your eye, be sure to check out our brand new Everton Kit Review for the 2020-21 season!