Football Fan Cast is reader-supported. When you buy through links on our site, we may earn an affiliate commission.
28/7/2020 | 02:53am

Struggling with present ideas for Christmas? If so, look no further as we will take you through 20 of the top Chelsea fan gift ideas right in time for the festive season! Check out our massive selection of unique Chelsea gifts for all types of fans, including; phone cases, hilarious books, personalised gifts, and golf sets – you name it as we have got you covered. You do not want to miss out on the latest Chelsea fan gift ideas here!

To kick things off with one of the coolest Chelsea fan gift ideas out there, check out this 3D puzzle of Chelsea’s iconic stadium – Stamford Bridge! The easy to assemble model can be built in just 90 minutes, and is suitable for all ages from seven.

There are no tools or glue required to build this replica stadium, and you can bring your love for the Blues to life with this in your bedroom – a must for all Chelsea fans!

The perfect Chelsea fan gift idea for book lovers who enjoy to read more lighthearted books, this is definitely one for all ages. It is the ideal Christmas present, as the recipient will become the star of their own personalised story.

The comic can be personalised for free with the name and number of the star player, and they will receive it in a luxury black and silver slick box to keep it in a good condition. You do not want to miss out on this Chelsea and Premier League fully licensed comic book!

You must know someone who is in need of a new phone case, so why not buy them this brand new slick Chelsea hard-shell iPhone case featuring the clubs iconic crest printed on top of the Blues memorable 2019-20 kit pattern. This will never go out of style, and it is even available for pretty much every iPhone out there. We are confident that no one will be unhappy receiving this for Christmas. Certainly one of the most convenient Chelsea fan gift ideas!

The perfect gift for Chelsea fans who love to remember each season’s team and have fun at the same time. You cannot go wrong with Chelsea FC’s latest club annual which features multiple activities such as puzzles and posters, in addition to detailed profiles of each squad member and their latest signings.

Photos of the whole squad can even be pulled out and stuck to your own walls!

Get ready for the new year with this official licences Chelsea FC crest cap! 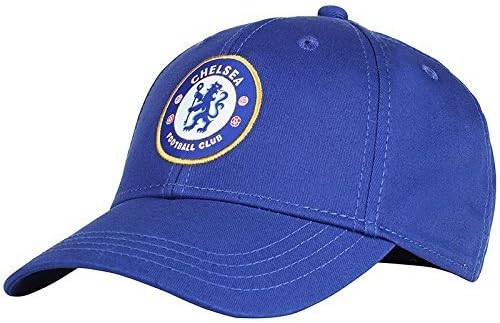 It simply features the Blues iconic badges printed on top of their notable blue. This cap can be worn during all seasons, though you can make sure the recipient has a good spring/summer by securing this cap early on for them to wear - simple, but effective that is for sure!

This is a gift for the whole family at Christmas!

Put your knowledge to the test and find out who is the smartest fan in your family, with 101 fun and interesting questions which have even been updated up to the current season.

We reckon anyone will have fun with this book – our top Chelsea fan gift ideas would not be complete without a quiz book to play round the Christmas table!

THE number one Chelsea fan gift idea for golf lovers! This premium set features three golf balls, two plastic ball markers, a pen, divot tool, and a bag tag – all with Chelsea’s iconic badges over the years to mark your territory on the golf course! 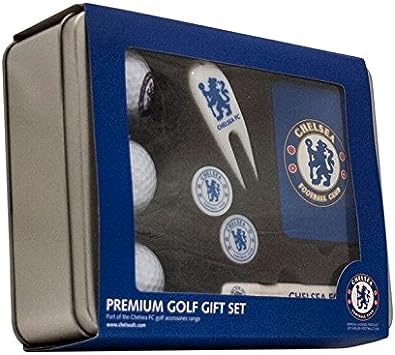 The set comes in a collectable gift tin, and it is perfect to show off your love for the Blues - do not miss out!

“I think they should get George Clooney to play me” – Jose Mourinho.

The Funniest Chelsea Quotes... Ever!

Read hundreds more of the funniest quotes from famous Chelsea players and managers over the years with this humorous book!

This is another great Chelsea fan gift idea to have a laugh with friends or family at Christmas – we love it, and know that the recipient will not be disappointed (especially with Jose Mourinho’s one liners)!

Moving on to another Chelsea fan gift idea which you cannot go wrong with, this official Chelsea FC wallet features the club’s crest embroidered on the front, and multiple card holders and slots for loose change on the inside. 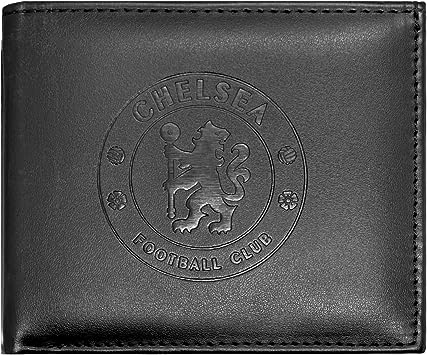 Someone is always in need of a new wallet, and this one certainly will not disappoint with its slick faux leather finish.

There is also the option to buy this wallet with Stamford Bridge printed on the inside for hardcore fans!

The A to Z of Chelsea: Where Were You When We Were Shocking

“While there are plenty of books about matches played, individual players and managers and of course the historical aspect of Chelsea FC, ‘Where Were You When We Were Shocking?’ gives a unique perspective of following the Clues from one of the club’s most loyal supporters” – Neil Smith.

The A to Z of Chelsea: Where Were You When We Were Shocking?

This is a perfect summary of a book which captures years of memorable moments in Chelsea’s history, making it a very interesting read during your time off this Christmas.

This Chelsea fan gift idea is aimed at the younger ones; however, no one is ever too old to get into fresh sheets of their beloved football club! The perfect gift for Chelsea fans who love to show off their support for the Blues in their bedroom, and wind up friends who support rival clubs. 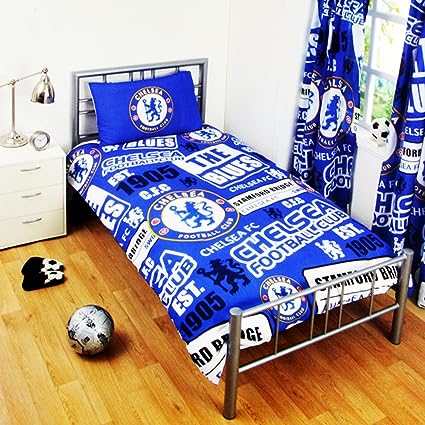 The duvet features multiple Chelsea badges and logos, and the pillow case has their notable crest printed on the front.

With this souvenir book from Chelsea, you can relive one of, if not the clubs greatest achievement in history – the Blues 2012 Champions League triumph against Bayern Munich in the Germans own back garden.

In here, you can find never-seen-before photos of the memorable night and tense penalty shoot-out, and you can even take a look behind the scenes of the famous night with this official club book - one for collectors!

Check out this pint-sized tankard, and enjoy ice-cold drinks in the officially licensed Chelsea FC product. The glass features two layers of plastic with gel on the inside which freezes in just a few hours. 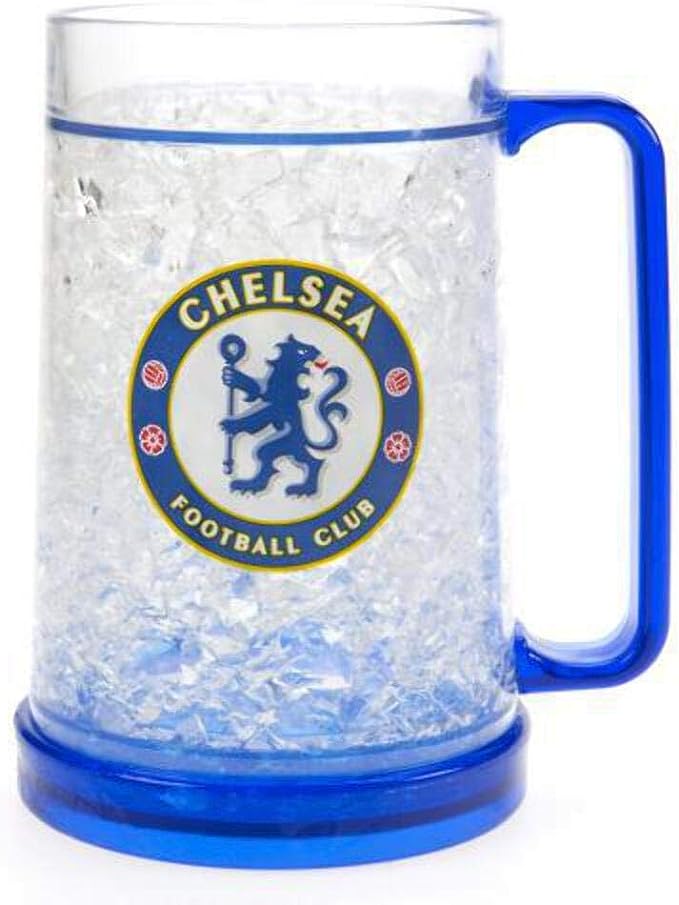 The glass also features a mug-like handle and large base both in a deep ice-blue, and the club’s crest really fits in with the ice-cool look - who would not love this!

Chelsea On This Day

This unique book is full of detailed history, facts, and figures about Chelsea FC; though with a twist, there is something interesting to read about the Blues on every day of the year!

Chelsea On This Day: History, Facts & Figures from Every Day of the Year

This gift will last up until next Christmas if you read just one fact a day - perfect for all fans!

This is a great Chelsea fan gift idea for all occasions! You can get the recipient’s name printed on this reusable stainless steel flask for free – it will definitely put a smile on their face, and will make sure that it does not get misplaced wherever they may go. 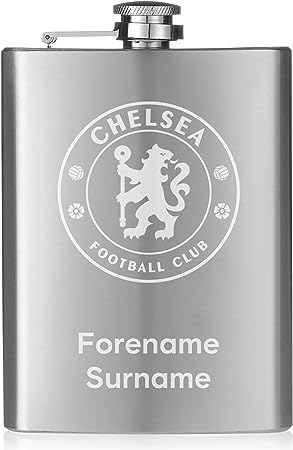 It is commonly used for cold drinks in the summer which makes it one of the best gifts available to buy ahead of the new year!

The Official Chelsea FC Programme Book is the ultimate souvenir for every fan who has ever loved going to home matches at Stamford Bridge over the years.

It is one of the best Chelsea fan gift ideas available for fans who collect match-day programmes, or Chelsea memorabilia in general!

This lightweight and quick-drying large beach towel is the ultimate gift for any Blues heading on holiday in 2021, having maybe missed out on going abroad last summer. 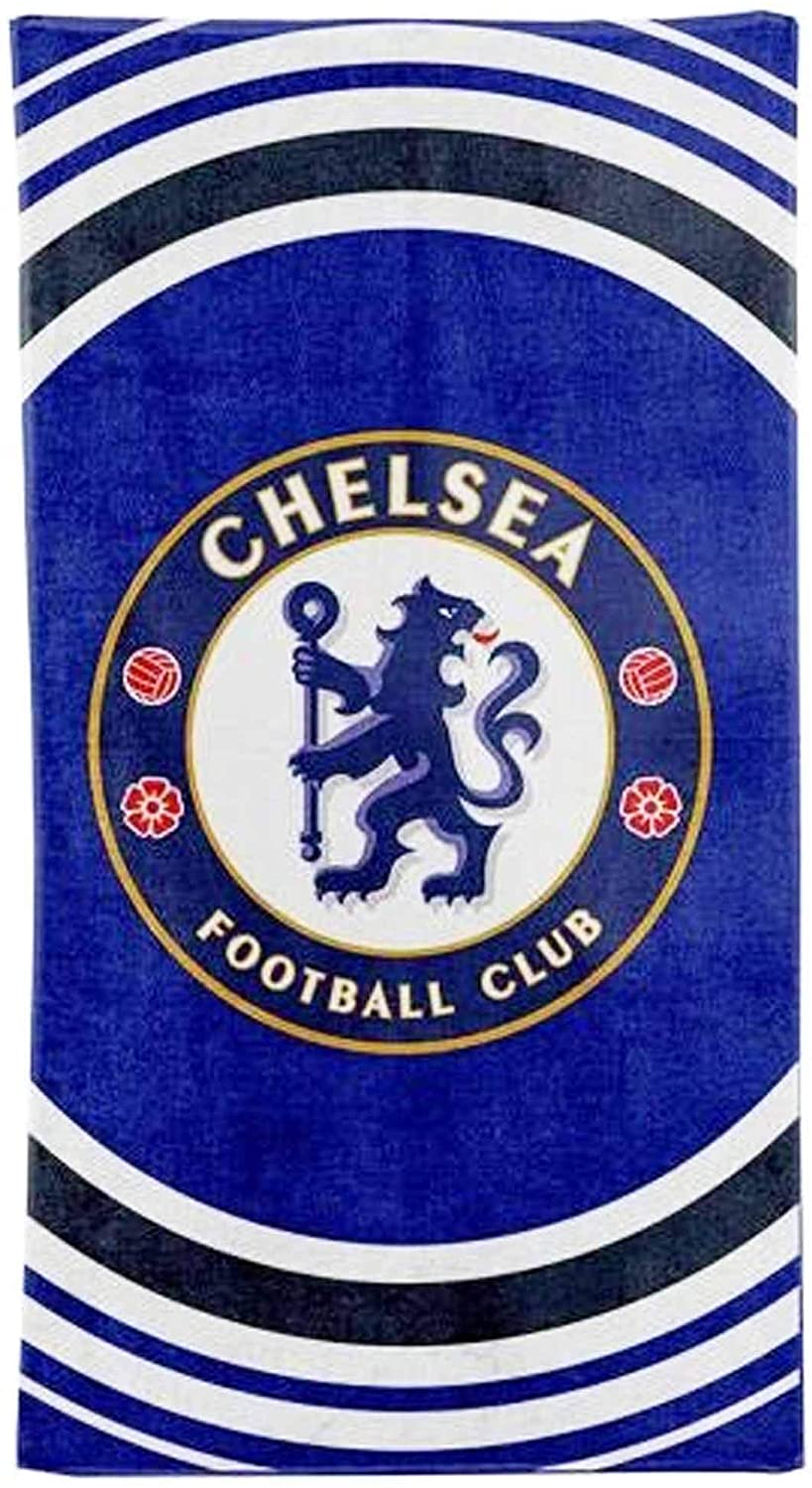 Leave a mark on your sun-bed and show-off your support for Chelsea with this club official stylish beach towel featuring their iconic crest!

This book really does what it says on the cover! Re-visit historic Chelsea matches in chronological order, and let it bring back those good memories from over the years, whether you are a new or older Chelsea fan.

From the Blues 2012 Champions League victory, to their famous FA Cup triumphs in 1970 and 1997, this is the perfect gift to brush up on your knowledge of Chelsea!

Now this is an essential for all Chelsea fans, and most importantly a necessity if you are looking for Chelsea fan gift ideas. In this multi-pack, you will receive two different boxer shorts and black socks which all features Chelsea’s crest, and other details in black and blue. 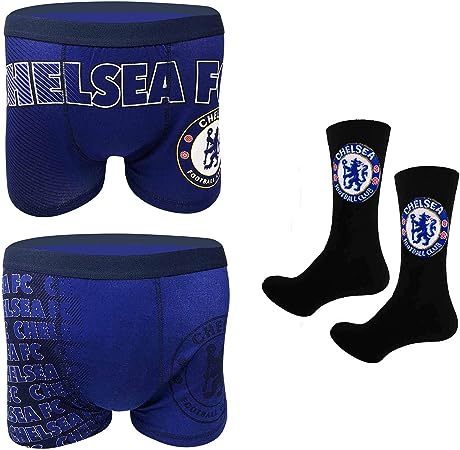 We guarantee you know a Chelsea fan wearing a pair of socks with holes in them right now!

Get this A3 signed poster and frame capturing the Chelsea team who made history in Munich by winning the clubs first ever Champions League, for just an ounce of the price of the real thing. 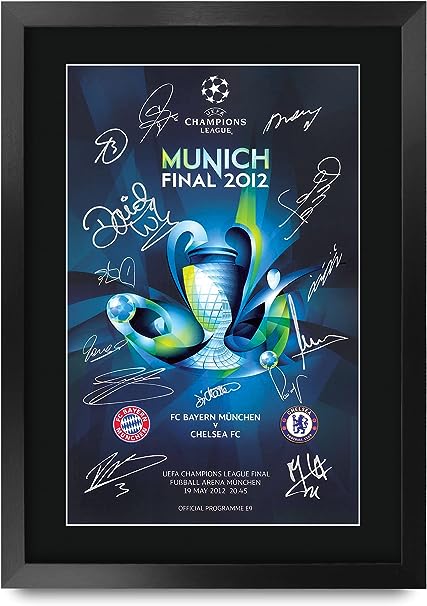 Whether you are decorating a kids room, or simply know a hardcore Chelsea fan who loves collecting memorabillia, this is the perfect Chelsea fan gift idea!