Manchester City take on Everton on Sunday afternoon in the final Premier League game of the season, with Pep Guardiola’s side to be handed the trophy in front of City supporters at the Etihad.

The Citizens have enjoyed a superb campaign and wrapped up the Premier League title earlier this month, whilst they also tasted success in the Carabao Cup.

Although the Spanish manager will undoubtedly have one eye on the Champions League final against Chelsea later this month, his team have lost two of their last three games now, so he may well revert to his strongest eleven when his side take on Carlo Ancelotti’s side this afternoon.

Here’s how Football FanCast expects Guardiola to line his side up against the Toffees, with six changes from the team that started in the 3-2 defeat against Brighton last time out… 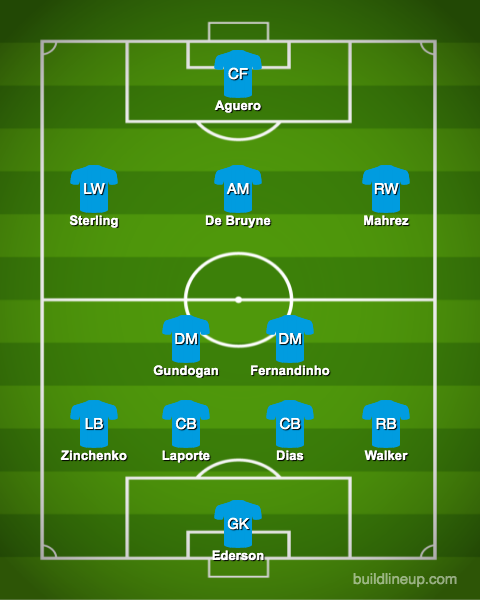 Ederson keeps his place in goal after wrapping up the Golden Glove award in midweek, despite the defeat against Graham Potter’s side.

There are two changes in defence, as Kyle Walker comes in for the suspended Joao Cancelo at right-back, whilst Aymeric Laporte replaces John Stones at centre-back, with the Englishman rested for the final.

In midfield, Fernandinho replaces Rodri, as the “perfect” Spain international has disappointed in recent performances, and is arguably behind the Brazilian in the pecking order after his excellent displays against PSG recently.

Kevin De Bruyne also earns some much-needed match fitness in attacking midfield, with Raheem Sterling and Riyad Mahrez supporting him on the wings.

The final change sees Sergio Aguero replace Ferran Torres up front, in what will be his final appearance for the Citizens at the Etihad, so he deserves an almighty send-off.

And, in other news… Imagine him and KDB: Txiki should seal Man City swoop for “spectacular” £39.6m-rated beast