According to a report from Football Insider, the North London side have held three rounds of talks with the current Belgium national team boss and despite claims from elsewhere that Martinez isn’t on Spurs’ radar, FI report that he is in fact one of three men on their shortlist.

There is also a belief that Spurs are confident in appointing their next manager within the next few days, though it remains to be seen what his involvement in this summer’s European Championships would mean for their chances.

The 47-year-old’s enthusiasm and desire to improve the squad have stood out in the recruitment process but question marks remain over his recruitment record.

Would you be happy if Martinez was hired?

It’s no secret that Daniel Levy has to get his next appointment absolutely spot-on – there is too much at stake after another season of disappointment.

Much of the Lilywhites fanbase have been protesting against the chairman, as well as the club’s owners, the ENIC Group, in recent weeks and that’s largely down to the culmination of several years of underachievement and a lack of ambition.

Now Spurs have been rocked with the bombshell that leading superstar Harry Kane wants out, which would only add to their woes and set them back even further.

Both Manchester clubs and even Chelsea are just three of the teams eyeing up the £150m-rated striker, and all three would be fantastic destinations for him considering they are all competing in a European final this week.

If Levy even wants to stand a chance at keeping him at the Tottenham Hotspur Stadium, then he must appoint a manager who could genuinely get them a step closer to achieving their first silverware since 2008.

Martinez is not that man.

His overall record in the Premier League, across seven seasons with Wigan Athletic and Everton, is nothing short of abysmal. He has won only 30% of his 265 matches in charge – by comparison, Jose Mourinho won 52% of his matches in charge of Spurs, and was still sacked.

Even Christian Gross had a better win rate in charge of the club (33%).

Martinez promised so much at Goodison Park, too, but ultimately he failed to deliver and the Merseyside giants only regressed under his tenure – leading to Jonathan Wilson suggesting to Eurosport that there were “systemic” problems that have no signs of being fixed, whilst others have brandished him “stubborn” and “pathetic.” 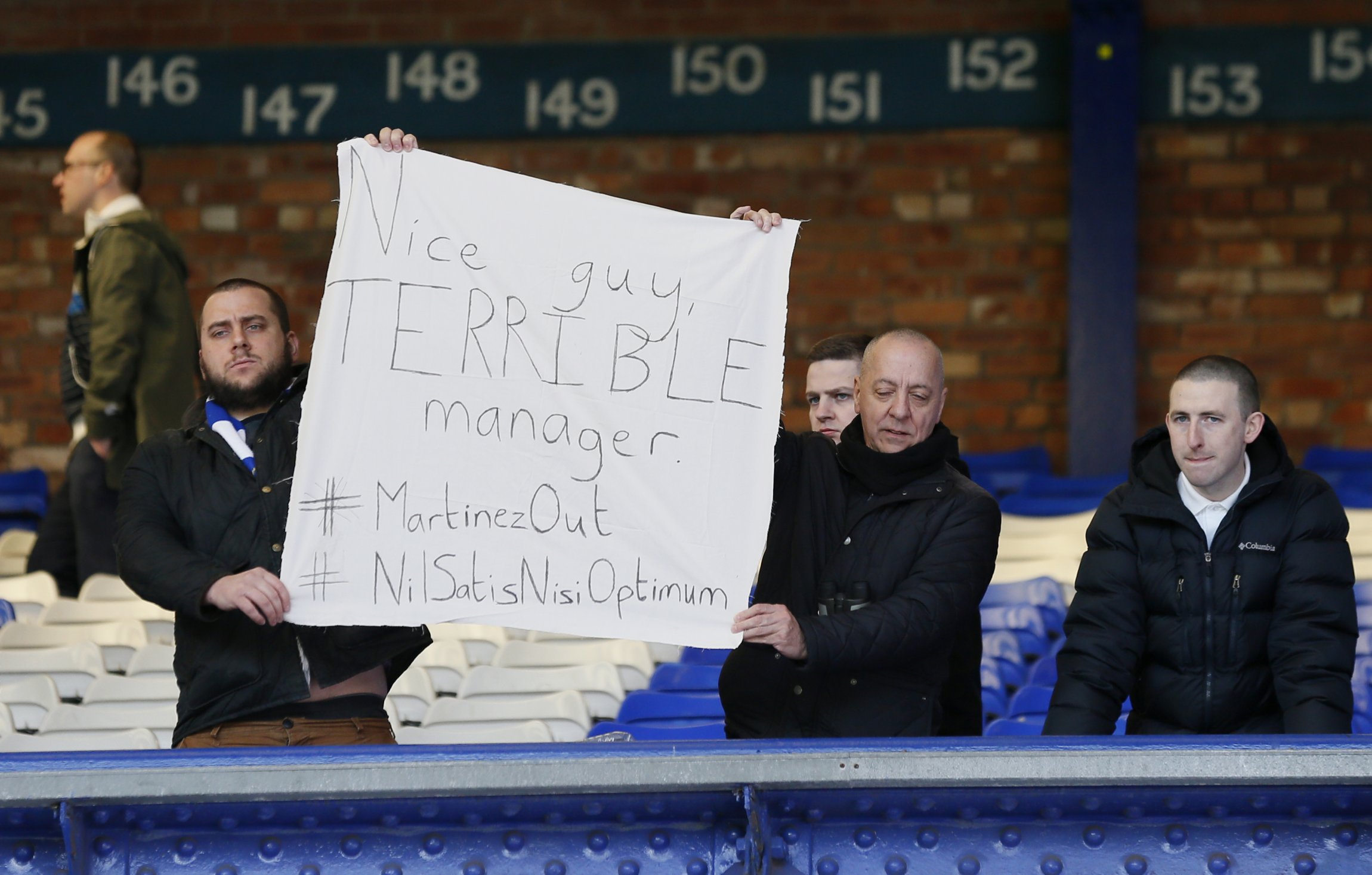 Even with Romelu Lukaku as his top goalscorer, the Spaniard failed to guide the side past tenth place in his final two years in charge – not even Kane would be able to carry Spurs to much improvement under him, surely?

It’s no wonder he wants to leave to achieve his dreams as he’s already got the club on his back, contributing towards a whopping 54.4% of all their goals scored in the Premier League during the 2020/21 season.

The appointment of Martinez could well push Kane closer to the exit door in what would be a devastating blow to Spurs, both on and off the pitch. Levy must approach this situation with caution and look to avoid the Belgium boss at all costs.

AND in other news, Levy can land Spurs their next Eriksen in £40m “special talent” who’s a “game-changer”…